How Data from your Nurse Call, Alarm Management, and Voice Applications Can Help you Reduce Unnecessary Interruptions and Improve Patient and Staff Satisfaction 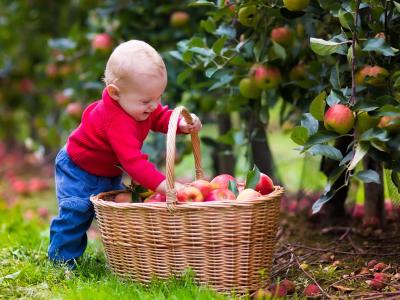 GW: Exactly. With data, we were able to validate what we already knew: unnecessary alarms exist. We were able to correct it by implementing a simple five-second delay. The result is approximately 25,000 alarms being silenced per year. For a small hospital, that’s a lot. Add in how incredibly disruptive this can be at night, and it’s a major improvement to the patient’s experience at NWH. 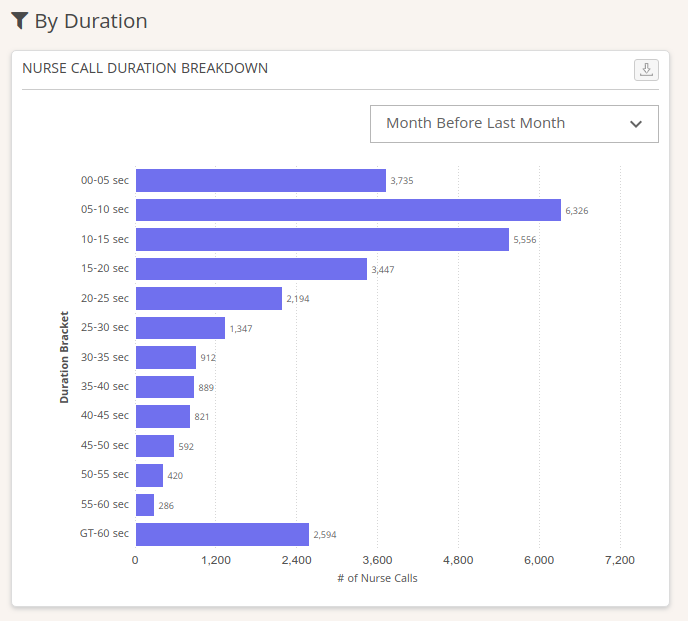 CareSight Analysis of Nurse Calls via Time Banding showed NWH that the implementation of a five-second delay could reduce false alarms by 33%
Reordering Who Responds to Calls
Nursing is extremely difficult work, whether one is an RN or a Patient Care Assistant. Orchestrating the wide range of priorities in real time is challenging, especially if the staff-to-patient ratio is low on any given shift. Hospitals are trying super hard to be responsive, but who should respond and what should happen when there is no response can be a major point of contention.
KS: Let’s wrap with one more "low hanging" fruit. Number 4?
GW: Clinical call flow. The original call flow was that notifications were sent to RN (Nurse), RN Buddy (partnering nurse) and the Charge nurse.
All of these roles had their own caseload on the unit to attend to and their own calls to respond.
KS: Lots of redundancy. No matter what, make sure someone responds.
GW: The PCA (an integral member of the patient care dyad) was never involved.
The need for redundancy made complete sense, but the “who” in the storyline did not.
We implemented a log in my telecom department capturing every single call that came down and pooling them into buckets. Calls for TV help, bathroom help, help out of bed, or to order food were very much PCA-driven tasks and were often, if not always, delegated from the RN to the PCA.
A sample size of just under 10,000 calls produced jaw dropping results.
Over 85% of the calls were for PCA-driven responses.
Anything that was related to pain/nausea or a request specifically for the RN or MD was categorized as true RN response need.
Leadership could not argue with the data.
The decision to change the call flow was agreed to in October 2018, whereby the flow became RN, PCA, RN Buddy.
KS: So you became a true partner to the clinical staff. Unusual, as often someone in your role is purely an executor/implementor.
GW: Correct. This was one of the first times a process designed by our leadership was actually revamped, but it was supported by data and made it an easier sell (but still no easy feat).
KS: But you were able to make a real case.
GW: This change in call flow has resulted in nearly a 20% reduction in call load to RN on our inpatient units.
KS: And you educated leadership and the line level staff as part of the process.
GW: Very much so—to the point they are now discussing putting the PCA in the front and RNs following.
KS: It's a great story to tell.
GW: While our response time has remained fairly consistent (we have not shaved minutes/seconds off the response time stamp so to speak), our HCAHPS in both quiet at night and response to call bell has consistently improved since July (the first implementation/change of the low hanging fruit). Quiet has gone from the 50th percentile to the 63rd. Response to call bell has gone from the 79th percentile to the 86th.
KS: And you have a foundational framework, organizational buy-in, and credibility.
GW: Yes, administratively—a pre-/post-implementation survey was given to all RN/PCA staff.
KS: And?
GW: 59% of staff (N size of 142) reported feeling less overwhelmed/more focused on the task at hand since the reduction in noise.
In terms of what had the greatest positive impact, 38% of staff reported the reduction in codes, 34% indicated the reduction in conference blasts, 16% reported the delay and 12% noted the call flow change.
The majority of staff have noticed a difference.
KS: The improvement in patient satisfaction scores and staff surveys is a winning combo.
GW: Over the last six months we have had great success and it seems to be a sustained impact. It was super important that our efforts show results and that we have ways to keep our eyes on the ball.
KS: We are very excited about the work you are doing and the collaboration.
GW: And we are excited about using our foundation and expanding our reach :-)
Kenny Schiff is the Founder and CEO of CareSight. A 20-year veteran of the healthcare technology business, Kenny is considered by his customers and peers to be a no-nonsense, trusted resource who can be counted on to deliver complex solutions with high impact. His team pioneered managed services to clinical communications customers starting in 2003. Visionary always, but never afraid to be hands-on, CareSight is a great creative platform for Kenny’s entrepreneurial and technical passions.
George Weldon is the Director of Telecommunications for Northern Westchester Hospital. After starting his career as a licensed clinical therapist, George gained a unique clinical perspective of health technology and communications. On a day-to-day basis he oversees the department responsible for wireless mobile communications (Vocera, Tiger Text), nurse call, clinical alarm responsiveness data analytics, and several integrated technologies. He also supervises the administration of their PBX system and all audiovisual related systems.
George holds a Masters Degree in Psychology and Mental Health Counseling from Pace University. George was a top “40 Under 40” awardee of Westchester County. He continues to prove himself in the world of healthcare technology and analytics.
Previous Posts

Why Hospital Workflow and Communications Customers Should Beware of Carpetbaggers

In the world of technology, we are all dependent. No matter how able an organization is at managing and supporting their systems (software, hardware, infrastructure, or integrations), it is inevitable...
Staff Satisfaction

Over the last 16 years, we have lived through the transition from solutions that were sold with one time fees, as capital purchases, to the world that includes software maintenance...
Managed Services

Last winter I got into it with a consulting company’s clinical leader about the difference between alarms and alerts. Over the years I’d come to believe that nurse calls were,...
Alarm Safety

Why Technology Cannot and Should Not Replace the Clinician

A great example of a command center in Nemours Children’s clinical logistics center (CLC) Hospitals from coast to coast are doing everything they can to bring in the latest and...
Alarm Fatigue

As an integrator of patient care communications technologies, we’re often sitting between systems that are sold, installed, configured, and maintained by others. To further complicate things, the framework and workflow...
Resource Management